Explore the best things to do in Sault Ste Marie, Ontario with video

Explore the best things to do in Sault Ste. Marie, one of the oldest settlements in Ontario.

Discover the beautiful waterfront of Sault Ste. Marie and why the famous Canadian landscape painters, the Group of Seven, were enchanted with the area. Learn about the rich history of First Nations and exploring voyagers.

There is so much to see and learn about in Sault Ste. Marie and in the stunning Algoma region of northeastern Ontario.

Before travelling to Ontario check for the latest safety regulations by region.

Best things to do in Sault Ste. Marie

Following along this walkway leads you to Sault Ste. Marie Canal National Historic Site and White Fish Island. It also connects to the Hub Trail, a 21.5- kilometre route running along the historic St. Marys River. Some of its highlights include the downtown waterfront, historic district, French Quarter, International Bridge, Little Italy and the Finnish area of Hakkisen Mäki.

St. Marys River Boardwalk is one of the best things to do in Sault Ste. Marie. Photo: Wendy Nordvik-Carr©

Walk through the natural setting of Whitefish Island.

Whitefish Island is a National Historic Site of Canada and home of the Batchewana First Nations.

The views from the island will help you understand the historic significance of the location; St. Mary’s Rapids, The International Railway and Highway Bridge, Sault St. Marie Canal and Locks, the American Locks, the Edison Sault Power Canal and Plant, the Great Lakes Power.

The island formed about 2,000 years ago between Lake Huron and Lake Superior and St. Mary’s Rapids.

The substantial fishing grounds of St. Mary’s Rapids supported eight cultures living on the lands, which developed the Ojibwa nations’ traditions and way of life.

When the first French explored the lands, early records from 1621 indicate Aboriginal use of the lands.

Trade with First Nations and the Hudson’s Bay Company indicate that in 1837, 300 barrels of whitefish was shipped in 200-pound-barrels. By 1873, commercial fishing records for St. Mary’s River show 491,000 lbs. of whitefish was caught for distribution. The amounts of fish caught were in excess of the needs of the Aboriginal people.

Whitefish Island is still a fantastic fishing spot for fisherman from all over North America. Fish for whitefish, four types of salmon and rainbow trout.

We met fishermen Eric Senior and Eric Junior Johnson while visiting the area.

Julie Johnson, Eric Senior’s wife wrote to me to say: “I want to tell you how special these two guys are. My husband has Parkinson’s Disease due to Agent Orange exposure while serving in the Vietnam War. Our adult children grew up in Nature. Their father taught them so much in terms of respecting the Earth. This trip has been especially bittersweet for our son. He spent many days with his father and observed how Parkinson’s Disease is robbing his father of the joy they have experienced together for over 40 years. They have been the best fishing and exploring buds for 46 years! I just wanted to say thank you for taking time with both Eric, Sr and Eric, Jr. This will probably be one of the last trips of this nature they will have together. Meeting you made their day!”

Sault St. Marie locks, once the longest locks in the world, opened in 1885. These locks were the first to operate using electricity.

The canal runs between White Fish Island and Sault Ste. Marie in Ontario, located on the St. Marys River between Lake Huron and Lake Superior.

The locks closed in 1987 and reopened in 1998 for recreational use.

Informational boards throughout the site provide the history of these important locks.

In the summertime, enjoy afternoon tea overlooking the locks or take a tour of the locks.

Sault St. Marie Canal was once the longest canal in the world. Photo: Wendy Nordvik-Carr©

5. The Group of Seven Boxcar

Visit the recreated boxcar used by some of the famous Canadian painters, The Group of Seven. The boxcar is located at the Machine Shop.

• Various members of Canada’s Group of Seven painted in the areas of Batchewana, Hebert and Agawa Station from 1918 to 1923.
• Some of the Group of Seven members who painted in this area included Lawren Harris, A.Y. Jackson, Franz Johnston, J.E.H. MacDonald and Arthur Lismer.
• A few members of the Group of Seven rented a rail boxcar, outfitted to provide living quarters.
• The boxcar was unhooked in various areas along the Agawa Canyon route, allowing the artists to remain close to their painting locations. This practice enabled them to concentrate on creating sketches for their soon-to-be world famous artwork.

Inside the recreated boxcar used by some of the famous Canadian painters, The Group of Seven. Photo: Wendy Nordvik-Carr©

Inside the recreated boxcar used by some of the famous Canadian painters, The Group of Seven. Photo: Wendy Nordvik-Carr©

Ride the rails of the Agawa Canyon Tour Train through Northern Ontario’s pristine wilderness in the Algoma region.  It is one of Canada’s most scenic train trips. Starting in Saute Ste Marie, the route takes you 114 miles/183 kilometres to the Canadian Shield.  Along the way view forests, lakes, rivers, valleys, canyons and waterfalls. This route is noted for its incredible burst of fall colours in the last few weeks of September and the first two weeks of October.

This breathtaking scenery inspired the famed Canadian Group of Seven artists to develop their own unique Canadian style of painting. See a photo gallery of the spectacular scenery of the area.

The Canadian Bushplane Heritage Centre offers an impressive collection of about 24 bushplanes. This hands-on exhibit allows you to board many of the planes, watch the restoration process in the active restoration area and experience a flight simulation. There is also a great display about Forest Fire Protection with a 30-foot-high fire tower ready to climb, ranger’s office, 1940s bush camp, and vintage collection of fire pumps and railway speeders. Watch the Wings Over the North production to find out more about the history of bushplanes in Ontario.

The building for the centre was originally a hangar where waterbombing technology was developed.

Visit the Canadian Bushplane Heritage Centre is one of the best things to do in Sault Ste. Marie. Photo: Wendy Nordvik-Carr©

During the summer on select evenings, Moments in Algoma provides a theatre and dinner experience inspired by the Group of Seven. The performance is based on the actual writings of two of the famous Canadian artists, Lawren Harris and J.E.H. McDonald. The one man performance tells the story through the eyes of the founding member Harris in 1918.

The Ermatinger Old Stone House was built in 1814 by Charles Oakes Ermatinger.  The Old Stone House represents the life of prominent residents and visitors between 1808 and 1870. Ermatinger played a significant role in the capture of the American Fort on Mackinac Island during the war of 1812. The house began restoration by the city of Sault Ste Marie in 1965. The house officially opened in 1974.

The Clergue Blockhouse is the second oldest building in Sault Ste. Marie. It is actually two buildings in one. The bottom of the blockhouse was built in 1819 by the North West Company and it served as a powder magazine and a fur trading post near St. Mary River Rapids.

The fur trading post was later owned by the Hudson’s Bay Company.  Wealthy industrialist, Francis Hector Clergue bought the property in 1894. The powder magazine was in ruins. Clergue restored it and added a second level making it his home his home of from 1894-1908.

The Blockhouse was used as a residence until it was damaged by fire in 1974. The Clergue Blockhouse was relocated to this site in 1996 and restored as a museum to commemorate the life of Francis Hector Clergue.

The “Three Sisters” garden demonstrates how Aboriginal women would plant a trio of companion plants, squash, corn and beans in the late spring to be harvested and stored over winter. Using a hill planting method, the plants all naturally support and complement each other. The beans would climb on the corn stalks and the squash leaves protected the soil by shading it and warding off pests. The European settlers adopted this successful method.

The elderberry shrub grows abundantly in the northeastern section of North America producing a blackish fruit. When fruit was harvested, it was made into jams, jellies, pies and wine by the the pioneers. The fruit was also dried for use over winter. The Ojibway people used the bark, leaves, flowers and berries of the brush for either food or medicinal purposes.

Wild roses and rosehips are important to the Ojibway people. Rosehips are an important source of vitamin C. They can be used in soups and stews and also made into medicinal teas. The hips were dried and stored for use during the winter months. Early settlers used the rose petals to make a rose petal vinegar. Download a map.

If you have a group, plan a lunch, dinner or tea in the Summer Kitchen at the Ermatinger•Clergue National Historic Site. Find out more.

A culinary experience in the summer kitchen. Photo: Wendy Nordvik-Carr©

The International Bridge is one of the top things to see in Sault Ste. Marie. View the bridge and St. Marys Rapids from the boardwalk. Photo: Wendy Nordvik-Carr©

Where to stay in Sault Ste. Marie

St. Marys River Boardwalk is right outside the hotel and it is an easy walk to anywhere in Sault Ste. Marie The hotel is close to restaurants, galleries and markets. The Agoma Train departs nearby.

Hotels –  Search for accommodation in Sault Ste. Marie by using Booking.Com and any commissions earned will help keep this website running.

Where to eat and drink in Sault Ste. Marie

Quattro Vinotecca for dinner. The atmosphere is casual and there is a fine selection of meats and pasta.

Outspoken Brewing offers a great choice of craft beer and a selection of food items.

Subscribe so you will not miss future articles. Get the latest travel tips and learn about destinations from near and far or ask questions.

– Discover some of the best prehistoric rock carvings found in BC
– Explore the Sea-to-Sky Highway, one of the most scenic drives in North America
– Top 10 scenic drives in Canada that will leave you in awe
– BC Travel Guide: 21-day road trip Part 2 – Vancouver, Jasper, Banff and Okanagan wine country 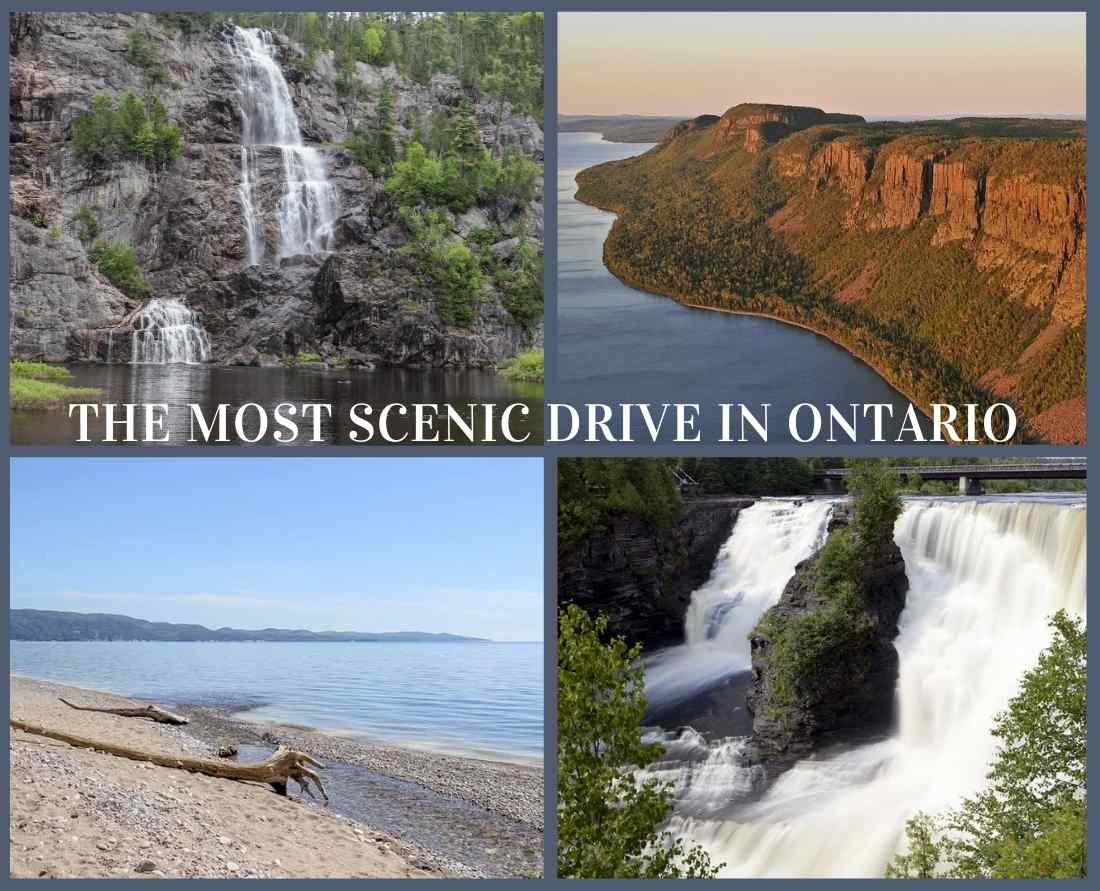 Lake Superior is one of the best scenic drives in Ontario 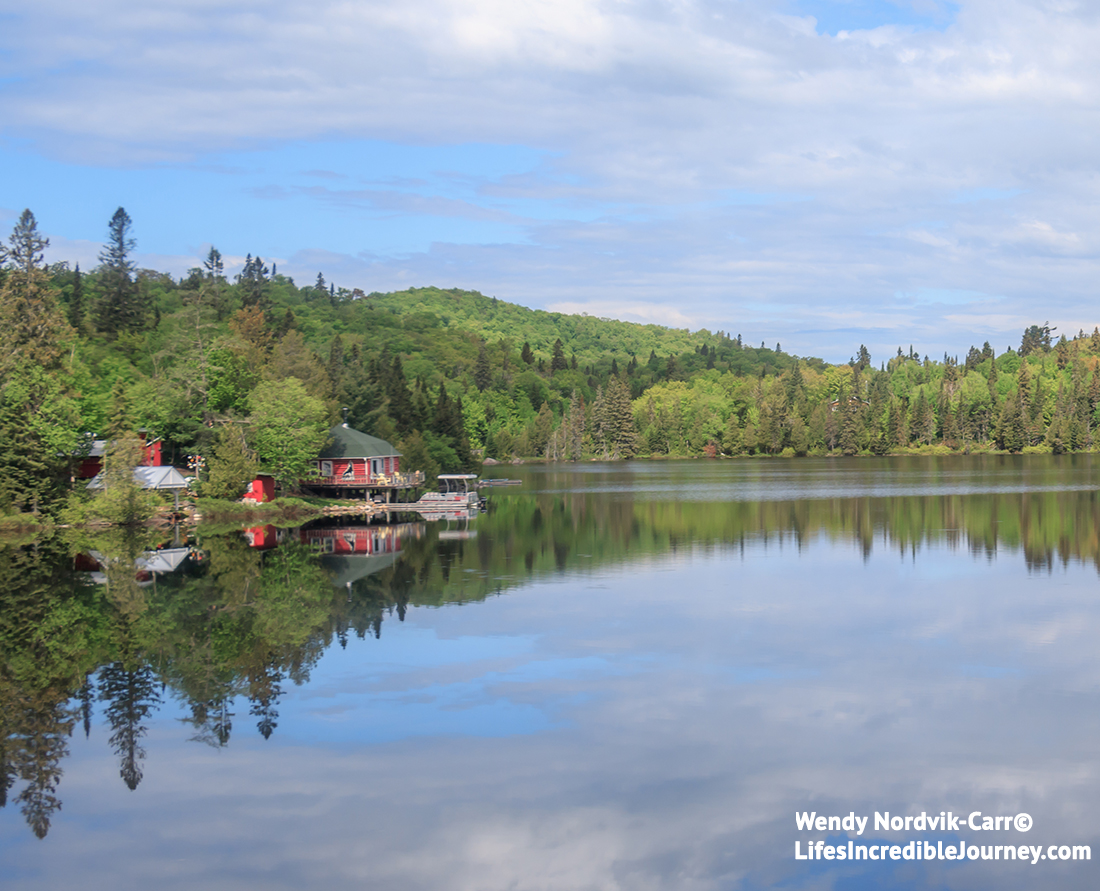 Photos: Agawa Canyon, one of Canada’s most scenic train trips 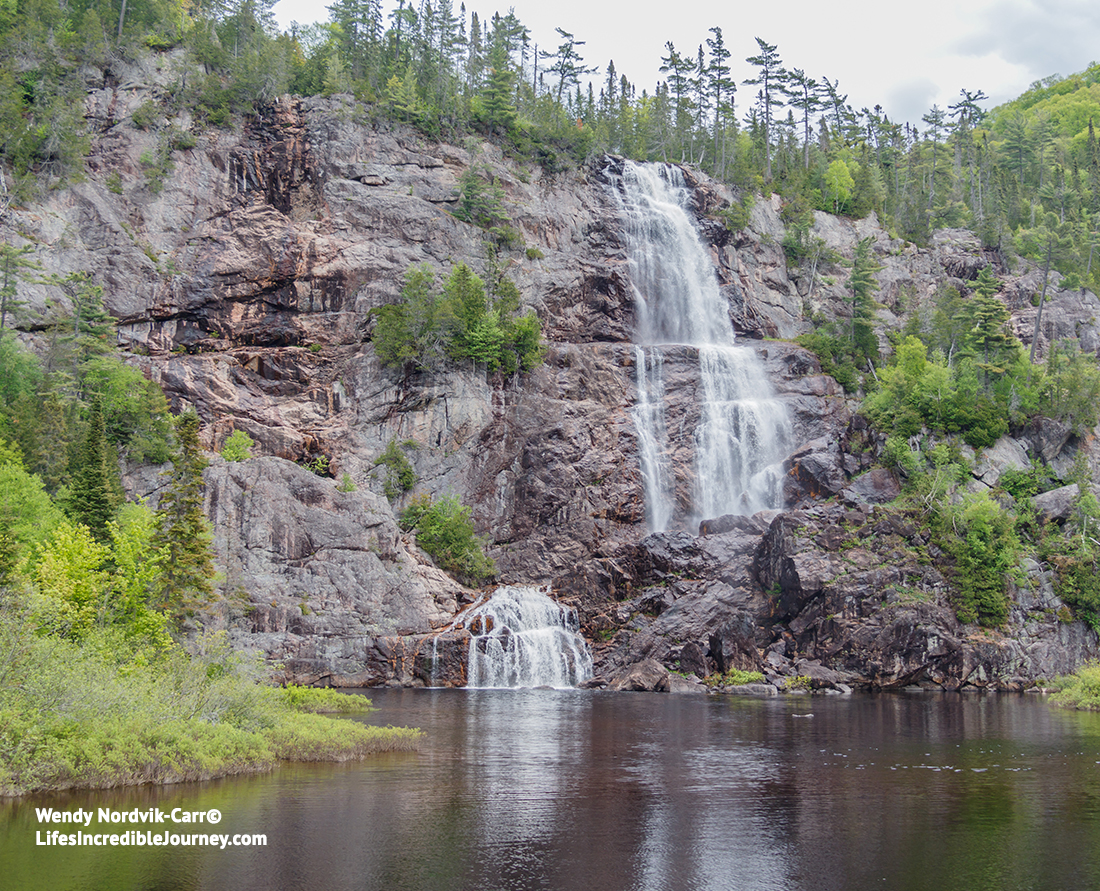